Not a member? Register now 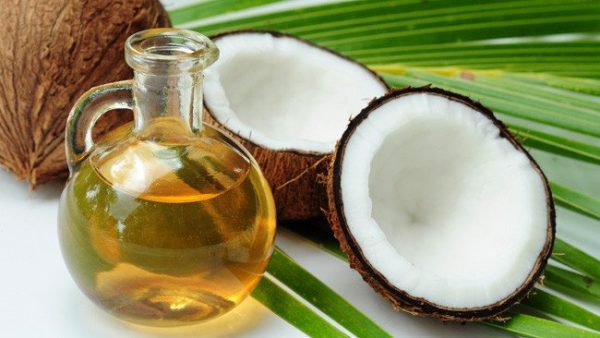 In Sanskrit, coconuts are called “Kalpa Vriksha”, which means: the tree that gives all that is necessary for living”. A good thing then that “He-Who-Must-Not-Be Named” never knew about this all powerful Elixir!

Coconut oil has been demonized in the past because it contains saturated fat. However, new data is showing that saturated fats are harmless. Many massive studies that include hundreds of thousands of people prove that the whole “artery-clogging” idea was a myth. Additionally, coconut oil doesn’t contain your average run-of-the-mill saturated fats like you would find in cheese or steak. No, they contain so-called Medium Chain Triglycerides (MCTs) – which are fatty acids of a medium length. Most of the fatty acids in the diet are long-chain fatty acids, but the medium-chain fatty acids in coconut oil are metabolized differently.

They go straight to the liver from the digestive tract, where they are used as a quick source energy or turned into so-called ketone bodies, which can have therapeutic effects on brain disorders like epilepsy and Alzheimer’s. The fatty acids in coconut oil can increase blood levels of ketone bodies, supplying energy for the brain cells of Alzheimer’s patients and relieving symptoms.

Coconut oil can increase your energy expenditure, helping you burn more fat. It can help you lose fat, especially the dangerous fat in your abdominal cavity, thereby curbing obesity and the risk of heart disease.

The Lauric Acid in Coconut Oil Can Kill Bacteria, Viruses and Fungi, helping to Stave Off Infections.For example, these substances have been shown to kill the bacteria Staphylococcus Aureus (a very dangerous pathogen) and the yeast Candida Albicans, a common source of yeast infections in humans. Coconut oil is one of the few foods that can be classified as a “superfood.” It contains a unique combination of fatty acids with powerful medicinal properties

A Study in Shades of Purple – Beetroot

The Miracle of Rebounding!